Week 5 Was That An Opinion?

This not having an opinion is hard.  Sometimes I don’t even realize I gave an opinion then think what’d I just say?  Wait.  That may be borderline opinion.  Yeah I know borderline was wishful thinking lol.

I’ve been biting my tongue before speaking as I try to lock down on that more but still…  The thought is there.  I then think why’d you think that?  Examine it.  It is hard to catch every opinion since they come about every other thought, and sometimes it is much later you realize that was an opinion.

Having an opinion is as natural as breathing because we were raised in opinion and someone else’s perspective and world outlook and ways.  The world I have decided is one BIG OPINION and puddle of propaganda.:) 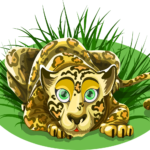 DEFINITION OF AN OPINION Merriam-Webster

This is gonna be a hard one for “subby”.   Change your mind, change your life.